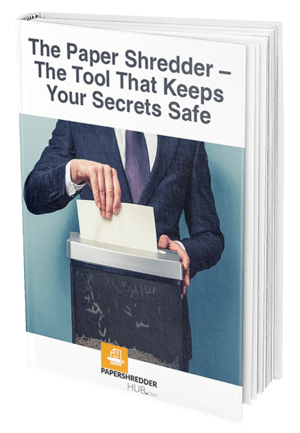 Download our FREE eBook guide and learn how paper shredders can help you clean your office and maintain your privacy in the process! 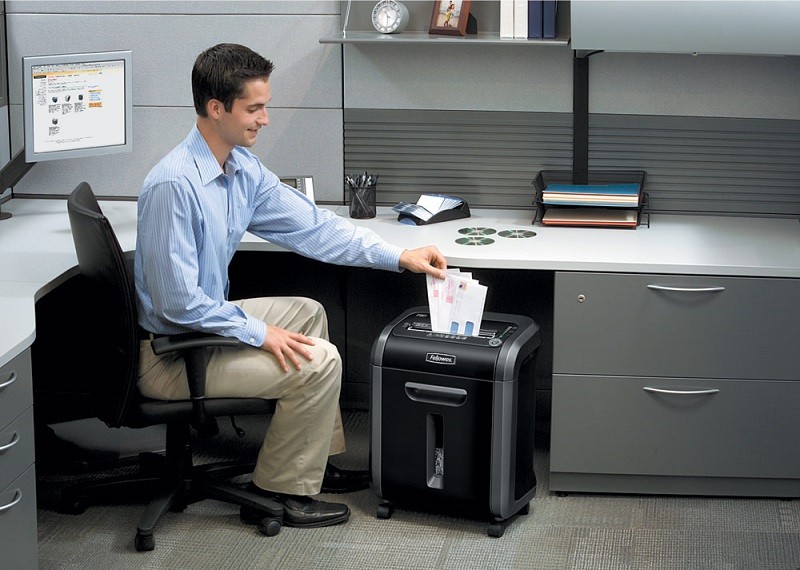 This post contains affiliate links for products we recommend. If you click a link and buy something we may receive some compensation. This does not change the price you would pay.

A paper shredder is both entertaining and helpful, especially when you have an office where clutter builds up really quickly. However, few are the people who are willing to pay hundreds of dollars for such a device.

But what if I told you there’s no need to spend too much money on a paper shredder to enjoy full functionality? Correct. It’s not all about the price. The Fellowes Powershred is the living proof for that – a great acquisition for a right price. 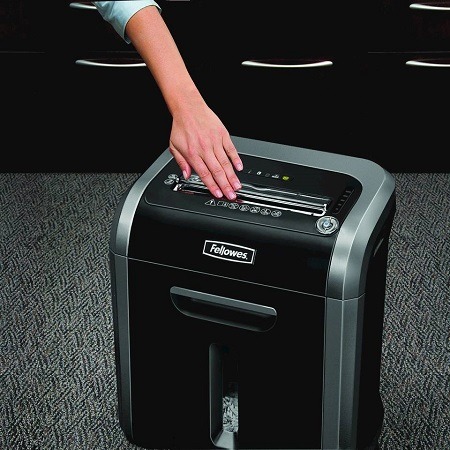 I didn’t believe it either before purchasing the model I’m praising so much already, but merely one week passed, and I was completely blown away. Let me get you a little deeper into the world of this beautiful device.

Fellowes’ Powershred is actually a line of paper shredders that differ in terms of size and performance. The 79Ci is one of the smallest in this series, but that does not affect its range of capabilities in any way whatsoever.

It’s got all the features that a good paper shredder must have:

It’s not bad at all, considering that it costs well under $200. And let’s face it, it’s a Fellowes, which means no compromises in respect to quality and cost-efficiency.

It may not sound like it, but 16 sheets of paper is a quite voluminous stack. Older models will either jam or shred this number of sheets in minutes. The Powershred 79Ci simply devours everything you put in it.

It doesn’t jam and thanks to the fact that the cutting knives are of top-notch quality, it runs smoothly even after months of use. The SafeSense Technology (which stops the knives when the shredder detects your hand on the paper) is particularly useful when you have children playing around the shredder all day long.

When you put the paper in it, it’s going to be destroyed in a matter of seconds, transformed in tiny crosscut sections that are impossible to recover.

​What Other People Say

The Fellowes Powershred 79Ci received largely positive reviews for the facts I’ve mentioned above. Two recurrent complaints, however, are that the wastebasket is difficult to remove and the machine overheats faster than it was advertised. 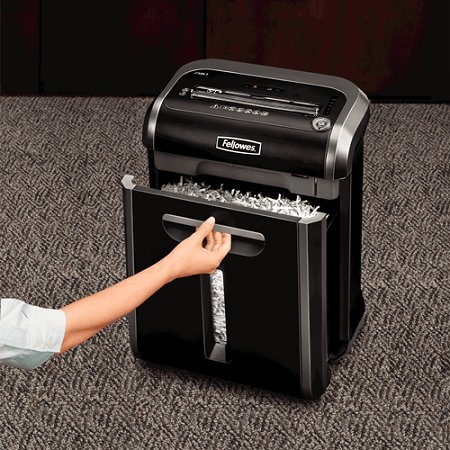 Personally, I didn’t have a problem with these, but I haven’t had it for too long. Maybe it will start malfunctioning for me, too. Some people removed the wastebasket completely and replaced it with bags.

That’s a really good idea, given that 6 gallons is not that much, so it fills up in a couple of minutes, depending on how much paper you’re shredding.

Anyhow, there are more positive reviews for this 79Ci than there are negative, so it should not be hard to believe it’s actually a good buy.

First of all, I like the fact that it’s a Fellowes. I’ve owned many Fellowes shredders throughout the years, and I always found the quality of their products a recommendation in itself.

This is a really cool shredder for the money. It does its job quietly and doesn’t need a fraction of the maintenance that other shredders need. I like maybe 80% of everything about this shredder, from the features to the price I paid for those features.

There are two main things I found a little distasteful. First off, the wastebasket is too tiny, even for at home use. In the future, I may replace it with a bag, too. Secondly, I don’t quite understand why it has to cool off for 30 minutes every 20 minutes of use.

Something doesn’t add up for me. It’s true that this problem may be even bigger for those who need to shred paper all day long. I’m not in that category, but still. Having a home office implies more clutter than you might think.

But maybe I shouldn’t complain. It has a very affordable price, and the quality for less than $200 is actually pretty good. However, if you need to shred paper from dusk till dawn, I would recommend you a sturdier product that doesn’t need to cool off so frequently.

Fellowes products can be purchased from all over the Internet. The truth about these websites is that they often have huge processing and shipping fees that blow the price of the shredder out of proportions. 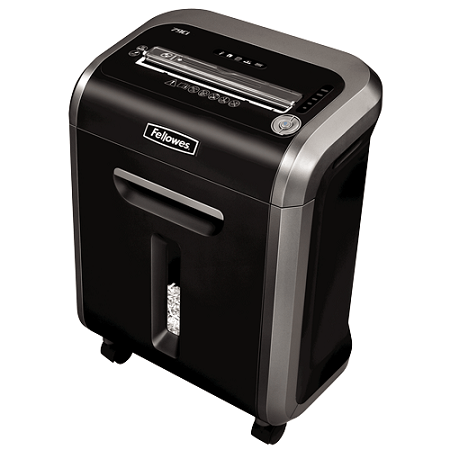 If you don’t want that to happen, you should do what I did when I purchased mine: get it from Amazon, and you’ll get free shipping and no processing fees. Moreover, there are certain packages available for you.

Instead of being ripped off by God knows what “retailers,” you can make the smart decision and get it from a place that is trustworthy. One you can count on in terms of safety of transportation and affordable shipping.

Even though the Fellowes Powershred 79Ci obviously has some minor drawbacks, I still consider it a good buy. Some people may not share my opinion because it is more expensive than many other shredders on the market.

Fellowes seldom disappoint their customers, but we all know nobody’s perfect. I certainly don’t want to talk dirt about this brand because, as I mentioned previously, this was not the first Fellowes, nor the first Powershred, for that matter, that I’ve owned.

It is somehow poorer than its siblings, I won’t negate that, but it’s not as bad as some people claim it to be. The best way to ensure you’re not making a decision you’ll come to regret is to try it for yourself. I recommend it as a first shredder.

If you don’t like it, you’ll get a bigger model next time.

Download our FREE eBook guide and learn how paper shredders can help you clean your office and maintain your privacy in the process!

Here is how. Download our FREE eBook guide and learn how paper shredders can help you clean your office and maintain your privacy in the process!